No two commercial enterprises are identical. This is so even if both manufacture or produce similar goods and services. Similarly, no two restaurants or commercial kitchen setups are identical either. For instance, some restaurants will have ample space. In contrast, others might have a lesser amount of space to play with. Similarly, the properties that each restaurant operates from will usually have different shapes. As such, each restaurant or commercial kitchen establishment will operate in a manner that is different from others. In addition, they will use different types of appliances and equipment too. To cite an example, some bars might feature various kinds of commercial ice machines in Sydney and other cities. In contrast, others might use commercial chillers and freezers to offer chilled beverages to their clients. Because of this, it is safe to say that there is no perfect formula when it comes to designing a commercial kitchen.

The Island-Style Layout: This layout places the ovens (such as the Cobra oven ranges in Sydney and elsewhere), cooking ranges, fryers and grills at the centre of the kitchen. Thereafter, it places other sections of the kitchen along the perimeter walls. The biggest merit of this layout is that it is very open. As such, it helps in preserving a circular flow. Such a layout does not only promote better communication and supervision. It leaves ample floor space for cleaning too. This layout is ideal if your kitchen is square in shape.

The Zone-Style Layout: This layout focuses on setting up the kitchen in blocks. Thus, it places all the major equipment along the perimeter walls of the kitchen. Kitchens following this layout will have sections devoted to dishwashing, food storage, food preparation etc. The centre of these kitchens will usually be open. Because of this, communication and supervision hardly presents any difficulty.

The Assembly Line Layout: Cafeterias and large facilities usually need to serve a large number of people. Thus, it is but natural that they will require larger kitchens. Such kitchens typically follow the assembly line layout. This layout involves organising the cooking equipment in a straight line. As such, the food preparation area will feature at one end, while the service area will be at the other. This enables the kitchen staff to send food from one end of the line to the other promptly. This layout places the cleaning and storage areas behind the assembly line. This keeps them out of the way of the cooks. At the same time, it keeps the kitchen open, while making optimal utilisation of space. Such layouts are ideal for restaurants that serve large quantities of the same foods e.g. pizzas, sandwiches etc. 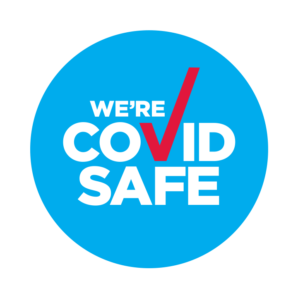